My hometown, Albany, NY, has a Caribbean twin in the Bahamas, but they sure don’t look alike.

Town twinning “is a concept whereby towns or cities in geographically and politically distinct areas are paired, with the goal of fostering human contact and cultural links.”

Looking at the list of Albany’s Twin Cities, as designated by Sister Cities International, I wouldn’t mind volunteering to be our cultural ambassador.  I could use an excuse to travel around the world to: Nijmegen, Gelderland, Netherlands; Quebec City, Quebec, Canada;  Tula, Tul’skaya, Russia; Verona, Veneto, Italy; with a return to Nassau, Bahamas.

Thus, in the spirit of the Sister Cities’ Mission to – “promote peace through mutual respect, understanding, & cooperation – one individual, one community at a time”- I looked for the similarities between Albany and Nassau.

It wasn’t easy.  One is set in the Caribbean, on an island surrounded by shallow ocean that is as clear and warm as a bath; the other borders the Hudson River, not so clear or warm.

So, what do these two cities, set in such different environments, have in common?

In The Bahamas, “if someone says that he is related to you, he probably is.  Consequently, we know each other’s business, and enjoy hearing and talking about it in great detail, the more salacious the better.”

Okay, sharing gossip is probably universal, but Albany – the capital of New York State, and home to a bustling population – is also known as “Smallbany.”  Sometimes, it seems like you can’t go anywhere without running into the same people.  And, yes, everyone seems to “know each other’s business.”

On an island surrounded by ocean, it isn’t surprising that seafood is a common food.  You can find Cracked Conch, fried conch that resembles clam strips, on most Bahamian menus.

Less expected, perhaps, are the seasonal fish fries that are found in Albany.  During the summer months, stands selling fried clam strips and battered or breaded haddock are popular hangouts.

Apparently, these fish fries became common in Midwestern and Northeastern US as a result of the Roman Catholic community’s abstention from meat during Lent.

That explains how Albany, with no access to oceans or seafood, developed thriving seafood shacks.  Somehow, despite completely different environments, both cities developed a similar taste for fried seafood.

It looks like Albany and Nassau already have at least one cultural link, too bad we can’t share the warm weather as well!

There are a few things we gave up for a Thanksgiving feast away from home. No getting my favorite part of the turkey – the leg. No sweet potato pie liberally covered in marshmallows. No Thanksgiving leftovers to gorge on until the very sight of turkey makes you lose your appetite. But also no getting…

Ethiopian dining may not be for every family but on a recent trip to Washington D.C. with my preschooler and toddler we discovered its delights without going far off the beaten path. Ethiopian Dining Around U Street After spending the morning at the National Zoo carrying a 25 pound toddler this mom was ready for… 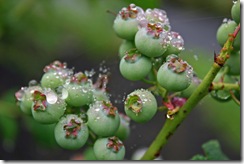 One of my fondest childhood memories is a visit to a strawberry field in Maryland with my friend Ann.  We rolled in on a Scooby Doo bus, tasked with filling buckets and pulling weeds.  Little did they know that those weeds had nothing to fear from me, as I instead proceeded to test how many…