Planning a teen sleepover party? Like comedies and chick flicks? Want to throw a budget-friendly get-together?

Plan a Girls Night In with the Bridesmaids DVD (released on DVD, BluRay, and Blu-Ray Combo Pack on September 20th!) A funny movie, yummy treats, and good friends is a delicious recipe for a great night with the girls.

Cupcake artist Annie (Kristen Wiig) has hit a rough patch but finds her life turned completely upside down when she takes on the Maid of Honor role in her best friend Lillian’s (Maya Rudolph) wedding.

My friends loved the movie. Even the ones who had seen it already while it was in theaters, enjoyed it all over. Although the movie could be called a chick flick, my little brother kept sneaking up on us so he could watch it too, calling it a “hilarious comedy movie, not a girly one.”

My friends all agreed that the opening scene was an… interesting one. It’s not the type of thing I can describe here, you just really have to watch it. Everyone agreed that the groom’s sister, Meagan (Melissa McCarthy) is the funniest and best character in the movie. My friend Emily said, “Wow I love her [Meagan,] she has such an inspiring mindset for someone who’s like the funniest character.”

Emily was talking about the part of the movie when main character Annie hits “rock bottom” and Megan comes to her house to help her get back on her feet. “I’m life, Annie, and I’m biting you in the ass.”

It’s outrageous, hilarious, and unlike any chick flick you’ll ever see.

You can’t watch Bridesmaids without cupcakes, not when Annie bakes, decorates, and then eats the most extraordinarily beautiful, floral cupcake.

It was a win-win competition. I thought Betty’s cupcakes topped Coccadots in taste, and Coccadots beat Betty’s in appearance; and my friend Nora’s delicious KitKat-covered chocolate cake … took the cake (pun intended.) But they were all yummy!

Dessert wasn’t the only thing on our menu.

We picked up a selection of frozen dim sum and a 2 layer steamer pot at the Asian Super Market in Albany, NY. This was an easy, delicious, and relatively inexpensive way to feed a bunch of  teen girls.

The drinks were a little more complicated. Ever since I was a child I have wanted to be a bartender. I was that kid who would mix the best “suicide sodas” by pouring every flavor at the soda fountain into my cup. The idea of mixing drinks as a bartender sounds really fun; however, my friends and I are not old enough to drink alcohol.

As a fun alternative, I created a Virgin Drink Menu. Torani has many recipes for its syrups, and they helped me to create the mouthwatering drinks in this menu:

The Coco Mojito was definitely my favorite drink, especially because I got to muddle the mint, an essential skill for my goals of becoming a bartender.

For invitations, I sent out Bridesmaids Postcard Evites to a few girlfriends, and asked each girl to bake cupcakes.

To give my friends something to do while they watched Bridesmaids, I set out a basket of nail polish and henna (purchased at the Asian Supermarket) that we used to make skin tattoos.

A party without goody bags is no fun. So I came up with a gift bag idea that wasn’t too expensive, and would ensure that my guests would remember the party (at least until their butts grew.) I went to Pink at Victoria’s Secret, and bought a cute panty for each girl. Because of their 5 for $25 deal, it wasn’t too expensive.

And I saved money on gift bags by using the store’s mini bags – one for each girl. Victoria’s Secret bags are pink and cute, so it works out well. I completed each bag with Ferrero Rocher chocolate, gum from the Asian Supermarket, and Chapstick flavored like different sodas.

It was a sleepover party, so we stayed up late into the night laughing about the movie, enjoying the treats, and creating memories to last a lifetime.

Disclosure – The Bridesmaid DVD, party pack, and a gift card were provided at no cost for this event. 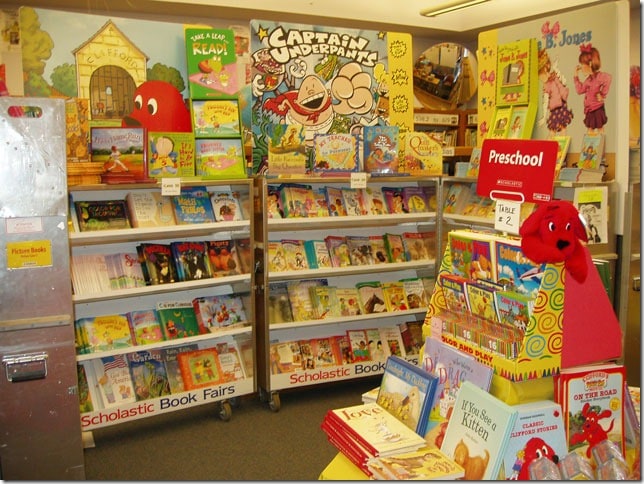