Early in the day, another member of our tribe was felled by the virulent bug when my son started to complain of stomach cramps and diarrhea. It was a minor setback to the road trip as we easily picked up the medication at a pharmacy near the hotel, but now there were two of us with no desire to eat.

Instead of eating, I drove, and drove, from Chautauqua Lake in New York to Davenport, Iowa. A distance of 630 miles, across the heartland of America, we could have covered it in 10.5 hours. But we did stop a couple of times.

Our first stop was at Oberlin College. We hadn’t planned this stop, but on spotting it off the highway, it seemed like a good idea to give it a lookover as my oldest will be headed to college in a few short years.

Just six miles from the main highway, it’s a great place to stretch your legs and recharge. There’s a central park area surrounded by architecturally interesting campus buildings, as well as a bookstore and burrito restaurant.

But we didn’t eat in Oberlin. We kept on driving, not stopping to eat until arriving in Chicago, the home of the deep dish pizza.

I thought I knew what to expect of a deep dish pizza, thinking it would be like the one at Pizzeria Uno. I was wrong.

The deep dish pizza at Giordano’s Famous Stuffed Pizza is a technological wonder, a feat of culinary engineering that has to be seen to be believed. Imagine a humongous mozzarella stick slathered in tomato sauce, only better.

It was worth risking severe gastric distress to nibble on a slice.

Our second overnight stop was in Davenport, Iowa where we’ve been advised to try the Cinnamon Rolls. We didn’t have a hotel booked, but using the Expedia and TripAdvisor apps, my traveling companions were able to find an incredibly clean and moderately priced Quality Inn where I’m looking forward to a good night’s rest.

I need to regain my strength for what promises to be a day of extraordinary culinary treats in Iowa. 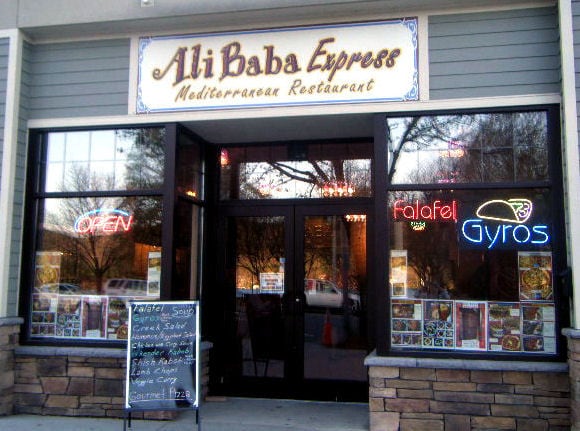 The best-kept secret to finding a budget NYC hotel is that there’s more to the Big Apple than Midtown Manhattan. New York City is composed of five boroughs: Manhattan, Queens, Brooklyn, The Bronx, and the often-forgotten Staten Island.  Because it’s frequently overlooked, Staten Island lodging is significantly cheaper than other parts of the city. But…

I didn’t plan to spend much time at the hotel. When I won a two-night stay at a Courtyard Marriott anywhere in the continental US, my first thought was to go to Ithaca – of course. My daughter had Spring Break coming up, and this seemed like a good opportunity to get to know one…