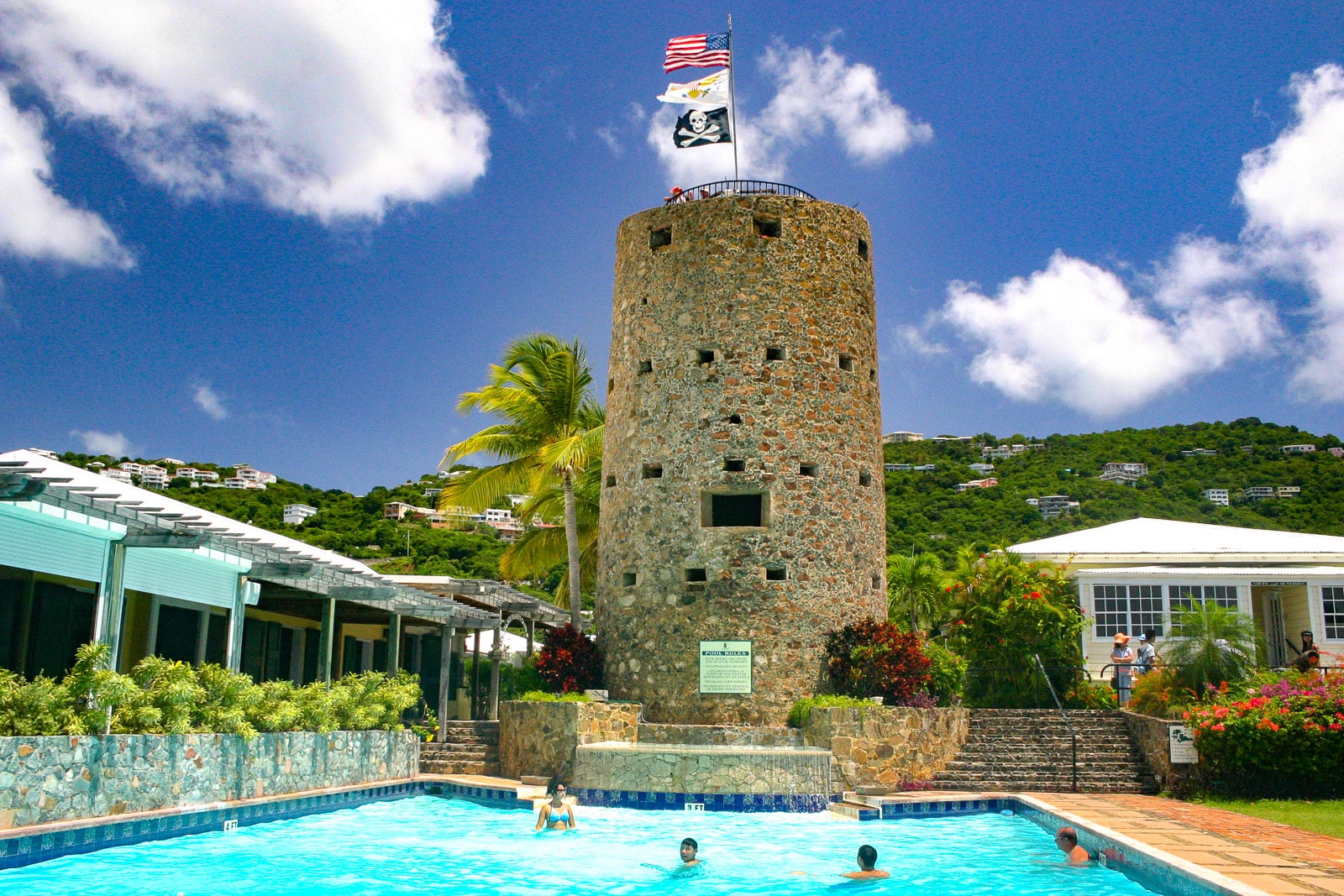 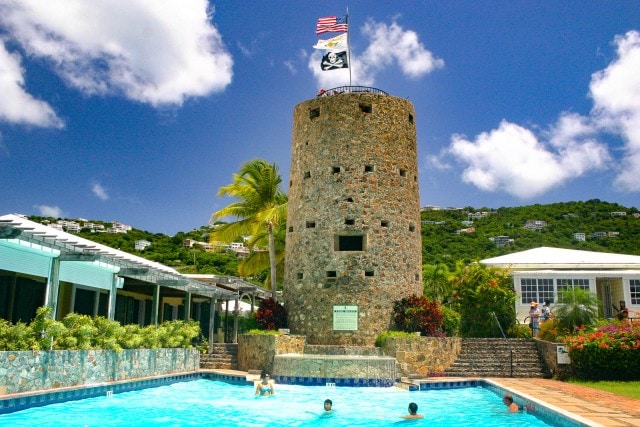 You never know when you might find a doubloon or two along a sandy shore or deep within a vine-covered cave in the Virgin Islands. The real-life Pirates of the Caribbean once made their home on these tropical islands, and who knows where you might unearth leftover loot.

St. Thomas, one of a group of islands that make up the U.S. Virgin Islands, was once a major pirate base. From 1690 to 1720, the Golden Age of Piracy, privateer ships sailing under British “license” sought shelter in St. Thomas’ Charlotte Amalie harbor when not attacking Spanish galleons.

The best place to learn about Virgin Islands’ pirate history is Blackbeard’s Castle, a National Historic Landmark built in 1679 by the Danes. Originally named Skytsborg Tower (meaning gun tower) the site can be reached by car. But it’s well worth climbing the 99 Steps from downtown Charlotte Amalie to the top of Government Hill, if only for the view. 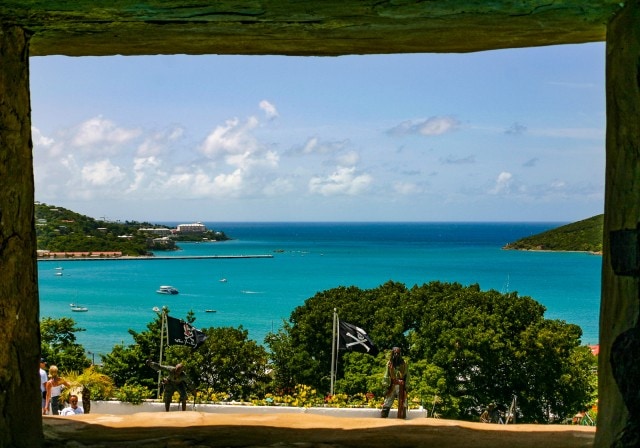 Some of the most infamous pirates to establish a pirate base in the Virgin Islands include Bartholomew Sharp, Captain William Kidd, Anne Bonney. It is rumored even the “scourge of unwary ships”—Captain William Teach, better known as Blackbeard, who was known to enhance his fearsome appearance with lit candles in his beard. 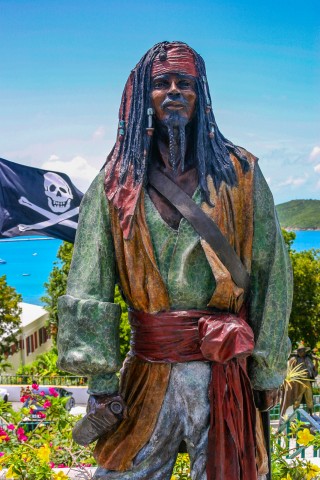 Visitors to Blackbeard’s Castle encounter these formidable pirates, and several more, as life-size bronze statues that are as fierce as their reputations. As you walk among the statues, enjoy a bird’s eye view of Charlotte Amalie’s harbor. Can you imagine Captain Kidd checking on his ship from this very spot? 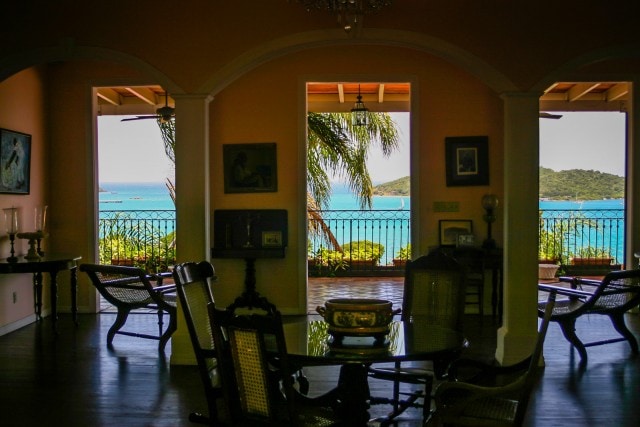 While there, take the time to tour the botanical gardens and historical period rooms of Haagensen House. Pool access is also available with museum admission.

Armed with knowledge of whose booty you might uncover, you’re ready to head out on an adventure of your own. Begin with a visit to one of the many legendary beaches in the Virgin Islands. A few particularly family-friendly beaches include: Magens Bay and Coki Point on St. Thomas; Trunk Bay and Cinnamon Bay on St. John; and Rainbow Beach and Buccaneer Beach on St. Croix. 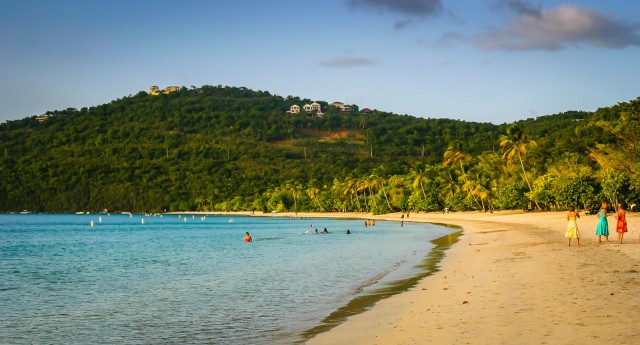 5 Things To Do with Kids in the Virgin Islands – St. Thomas and St. John:

Even if you don’t discover any buried treasure, there’s no doubt that your visit to the Virgin Islands will reward you with a bounty of fun family adventures. Ahoy!