What’s the best way to teach your kids history? Start with what they find interesting!

The home of Judge John Corwin is a perfect example of 17th Century architecture and one of the few remaining high-end homes from the architectural style known as First Period. It was built right in the middle of the 1600’s; most historians say between 1660 and 1680.

Inside are many examples of everyday life for the wealthy Corwin Family: furniture, clothing, kitchen items, and artifacts from both work and play. Main rooms include Kitchen, Dining Room, and two Bedrooms, with a massive central chimney serving them all. Each interior room holds unique displays, but the house as a whole shows the steep gables and clapboard exterior walls indicative of most 17th Century buildings in the Massachusetts Bay Colony.

But that’s not what made the building known as the Witch House interesting to my two teenagers. The former home of Judge Corwin is also the only remaining structure in Salem, Massachusetts, that has direct ties to the Salem Witch Trials. This is the Real Deal – everything else is a reproduction.

John Corwin was a wealthy merchant who later served in the Massachusetts Legislature as a representative of Salem. During the later decades of the 17th century he was also Salem’s magistrate, usually dealing with petty crimes such as drunkenness and burglary. Until of course 1692 came along, and people starting crying “Witch!”. Corwin was appointed to preside over the infamous Court of Oyer and Terminer after the first judge resigned.

Although Judge Corwin most certainly conducted much of his magistrate business in his dining room, none of the Witch Trials or interrogations associated with them occurred within his home. This building lays claim to the name Witch House merely because Corwin lived there, which is sometimes all that is needed to make history more interesting.

Just like cooks today have more than one burner, the cooks of the 17th Century had two or three fires burning under different pots. Women hiked up their skirts, or learned to keep the bottoms drenched in water when working among the hot cinders.

The Master Bedroom often had a trundle bed for the younger children, easily slipped under the main bed during the day for more room. Judge John Corwin’s was put to good use – he had ten kids!

Compact flip top desks were used for work, prayer, and lessons. This one can be found in the upstairs bedroom of the Witch House.

Salem, Massachusetts, is a wonderful place to spend a day or two pretending to not learn about history. Check back soon for a story on the Witch Dungeon Museum!

Learn More About It

. Told from the point of view of a young girl whose father is a detective, the events of the hysteria are outlined by acclaimed author Jane Yolen and her daughter Heidi E. Y. Stemple, a former PI herself! Illustrations by Roger Roth are done in somber tones to reflect the mood of the times. 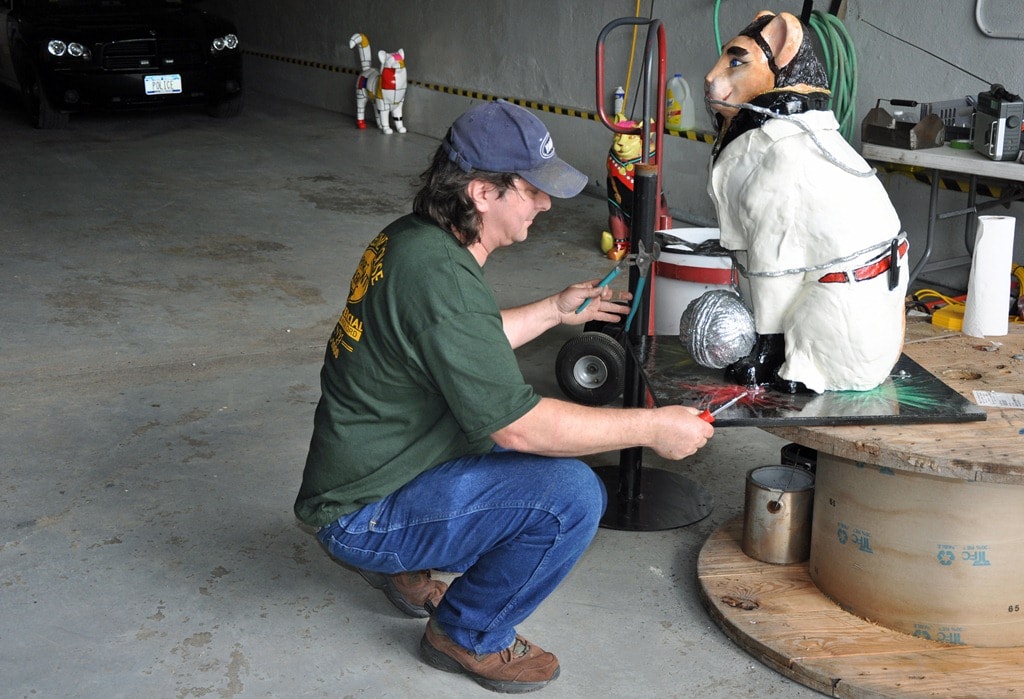 Funny pictures of cats are back with a seventh litter of freshly painted felines at the 2013 Cat-n-Around Catskill, a summer long celebration.  You have cat people and you have dog people, but here in New York we have cat and dog towns. Or, at least we used to. Back in the day, in the summer…