Like many Capital Region residents, our family makes an annual pilgrimage to Florida. Sometimes we fly in, but more often we drive to avoid the expense of multiple airline tickets and car rental. Even without the cost savings, I prefer to drive from Albany to Florida just to see what we can see along the way.

After spending most of the second day at Harper’s Ferry, I was reluctant to add a new destination to our road trip. I’d also picked up a head cold, and all I really wanted was to crawl into bed and stay there for at least a week.

Looking at the map, I calculated that if we went on to the head of the Appalachian Trail in Georgia, I’d be adding at least an extra 5-6 hours to our road trip.  Or, I could take the shortest route via I95, and we would arrive in less than 15 hours.  The choice was obvious.

I drove through Virginia without pause, but my energy was flagging as we entered North Carolina.  That is, until I saw the first sign for South of the Border.  Those cheesy, ridiculous signs kept me giggling all the way to the border.

In my travels on the highways and byways of America, I’ve seen many tacky roadside attractions.  Last year, we cruised the road that hosts the most spectacular assortment of American kitsch, Route 66. And yet, I’d never ventured on the exit for this most tantalizing beacon on the road to Florida.

The kids were so excited when they spotted the brightly lit metropolis that they dubbed it the “Mexican Vegas.” We didn’t even have to visit the tourist trap attractions for them to feel that this was the highlight of the vacation. They just wanted a few photos and to bask in the atmosphere.

I stopped at the Pleasure Dome, the main building of the Motor Inn, and booked u.s into a room. ($55/night for a very spacious room with two standard bed.) It wasn’t luxurious, but I found the room to be acceptably clean and comfortable, and the price can’t be beat.

Before heading to dinner, we stopped for a photo shoot.  First, we captured “Big Fella”, the 97 foot neon sign in the shape of the sombrero wearing mascot, Pedro. Next, both kids wanted to be captured dangling from King Kong’s paws.  Photos with giant pink flamingos and other odd creatures were postponed until the morrow.

Dinner was a disappointment.  They were out of tequila, and didn’t stock Coronas or any other foreign beer.  That alone was sufficient to mar a Mexican feast. However, despite Roadside America’s claim that “Sombrero Room Restaurant, serv(es) the best Mexican food in northern South Carolina”, the food was awful. My son ordered a hamburger, but received only half a bun.  The Mexican cuisine was what you might expect in a 1960s home where recipes were learned from the back of a taco box purchased in the ethnic aisle of the supermarket. Nachos that were little more than white cheese melted on chips. A quesadilla made with barely melted cheese, lettuce and tomato, and a dash of taco sauce, between limp tortillas. We left with our food barely touched.

Breakfast wasn’t any better.  At the diner, the food was alright, but it’s hard to enjoy a morning meal when surrounded by patrons chasing down eggs and grits with a cigarette. Morning is just not kind to South of the Border.  Whatever tawdry charm it emits at night with all its neon splendor, is easily dispelled by the light of day.

It wasn’t hard to bypass the attractions in the morning.The rides or the new reptile exhibit couldn’t compare to Disney parks or Gatorland, and shopping never interests me. My daughter tried to persuade me that she really, really needed to buy a sombrero. I almost stopped, but didn’t want to make the effort when I realized that the shop was across the street.  (And I really, really didn’t want to spend the rest of the road trip peering out past a huge sombrero!)

We’ll be back someday for the cheap rooms, but I think we’ll dine and play elsewhere. 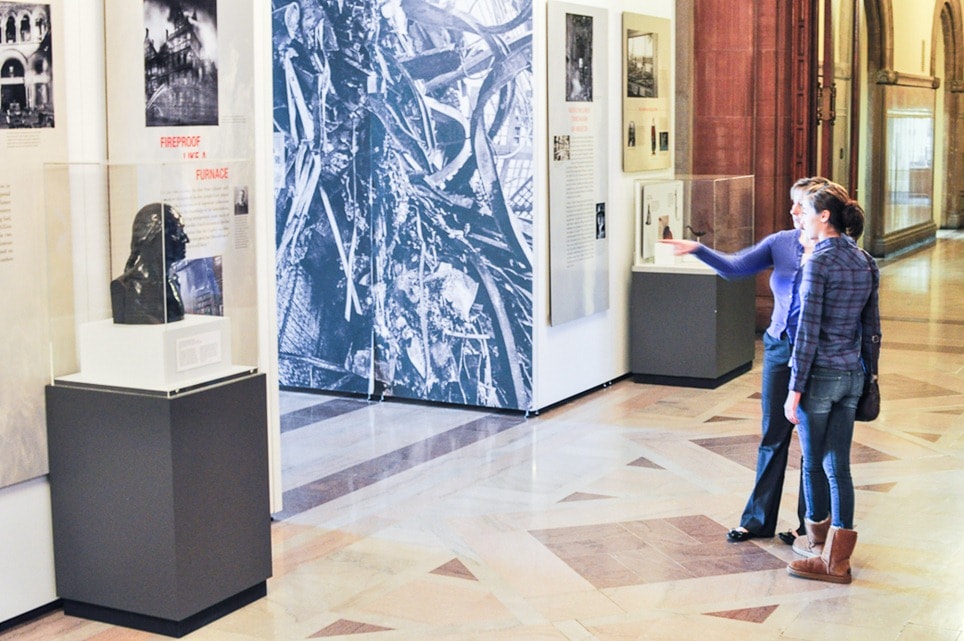 A recent visit to the New York State Capitol turned up an unexpected bounty. I went in search of the horse-drawn suffragette campaign wagon described in New York Women, but found a palpable buzz in the air at the NY Capitol as workers scramble to finish renovations and install new exhibits. Right now there over…