Growing up in the Virgin Islands, I’ve seen many cruise ships come and go. In the heyday of Caribbean tourism, it wasn’t unusual for St. Thomas to host up to fourteen cruise ships and I could see them all from my perch atop Crown Mountain. I saw some of the world’s most magnificent cruise ships, and even witnessed the burning of the Angelina Laura in Charlotte Amalie’s harbor. But I never knew what it was like to be one of those passengers on a Caribbean cruise – until now.

For the next seven days I will be sailing aboard one of the biggest, most magnificent of all cruise ships – Royal Caribbean’s Oasis of the Seas.

1,187 feet long, 215 feet wide, and rising 213 feet high from the water line, the Oasis can house up to  6,360 guests (in addition to 2,394 crew members) on its 16 passenger decks. It’s going to take the entire week to explore this behemoth, and I can’t wait! The night before the cruise, I met my traveling companion and lifelong friend, Diana LaPlace, in Fort Lauderdale, where we overnighted at the Sheraton Fort Lauderdale Airport Hotel because we didn’t want to take any chances on not making it aboard in time. The hotel was just minutes from the Port Everglades, easily reached via the noon shuttle bus.

Boarding the ship was surprisingly easy and quick considering the number of passengers, less easy was finding our way around the many decks. A fruity tropical punch lubricated the process nicely, and before long we were waiving goodbye as pink tinged skies beckoned us into the Caribbean.

Do you want to know why I adore the SITs Girls? It’s not just because they are deeply committed to supporting bloggers every step of the way; it’s also because they have an uncanny ability to know just what I need, when I need it. For months now, I have been carting around my camera’s…

No matter what anyone tells you, it’s not cool to walk the mean streets of New York City with a camera around your neck. Knowing that, I’ve tried for subtlety. Camera discreetly tucked into a stylish handbag, replacing the DSLR with tiny point-and-shoots, or my personal favorite – camouflaging my intentions by dressing like a…

Have you ever sacrificed a once-in-a-lifetime photo opp because you didn’t want to carry a bulky camera? Wouldn’t it be amazing if you could take pro photos from a tiny camera? Now you can. Anybody can capture stunning photos with the Olympus Pen – and The Pen Ready Project proves it! To show how easy… 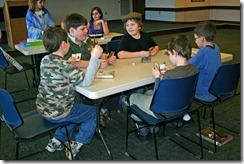 Since I homeschooled my younger child, and I wrote about it onThe Journey Mom, every once in a while I receive an email asking how to find homeschool groups in the Capital Region. Sometimes it’s a query from a parent who is considering homeschooling, and sometimes it’s a request from a mom who  is already…