Before the epic failure that was the Foodie Adventures Road Trip of 2011, we undertook other family road trips – and other foodie adventures. In the summer of 2009, I took my kids on a two-month long grand adventure – the Read Across America Road Trip Across America. And our first stop was for a truly magnificent culinary delight – hot dogs in Ohio.

I’m not sure where I first heard about Tony Packo’s Hungarian Hot Dogs.  It may have been in 1000 Places To See Before You Die, although it’s hard to believe that a beefed up hot dog stand would merit the same consideration as, say, the Taj Mahal.

Even if it wasn’t one of the seven wonders of the world, I decided that it was worth a stop on our drive from Cleveland to Chicago, if only to find out what all the fuss was about.  It was on our way, easy to get to, and an inexpensive place to get a meal.

I wasn’t disappointed in the hot dogs.  They were pretty tasty, not as good as the street hot dogs in New York City or Prague, but delicious nonetheless.  Even better were the accompaniments -creamy cucumber salad, paprika dumplings, and apple strudel.

As good as the meal was, I still don’t get what all the buzz is about.  Apparently, Tony Packo’s got a lot of media exposure when one of the MASH characters raved about the hot dogs.  Later, celebrities turned the place into an even bigger deal by autographing the hot dog buns.

Now, the walls are covered by autographed buns.

No strangers to green, moldy bread, the kids asked how come the autographed buns didn’t suffer the same fate.  Accustomed to answering a barrage of questions, mostly on subjects that I know very little about, I came up with what I thought was a reasonable answer.  I suggested that  the airtight packaging preserved the hot dog buns.

The kids believed me too, until an employee piped up that they use Styrofoam hot dogs.  Fake hot dogs seem to be a popular item, and the gift shop was selling them like hotcakes.

I was tempted to bring one home as a souvenir, but I decided to hold on to the squeezable buns with my camera instead.

Personally, I think it’s hard to go wrong with a hot dog. I’ve never found one I didn’t like. But it seems that there are a number of gourmands with strong opinions about the best hot dogs in America, and Tony Packo’s didn’t make the list. No matter. It’s still a great spot for a foodie adventure.

Things To Do
Toledo

A visit to the Troy Farmer’s Market is a delicious family adventure. After two weeks of hearing my hubby rave over his newfound hobby, which formed as a result of him needing to find an activity for a little over an hour, while waiting after dropping off my teenager at driver’s ed, I was able…

After a tense school year, abounding in tests that determine our eldest’s future, the entire family is wound up so tight that our fight or flight response is on full alert. Before taking flight, we had just one more chore, but it was a doosie. We had one day to pack for a hut to… 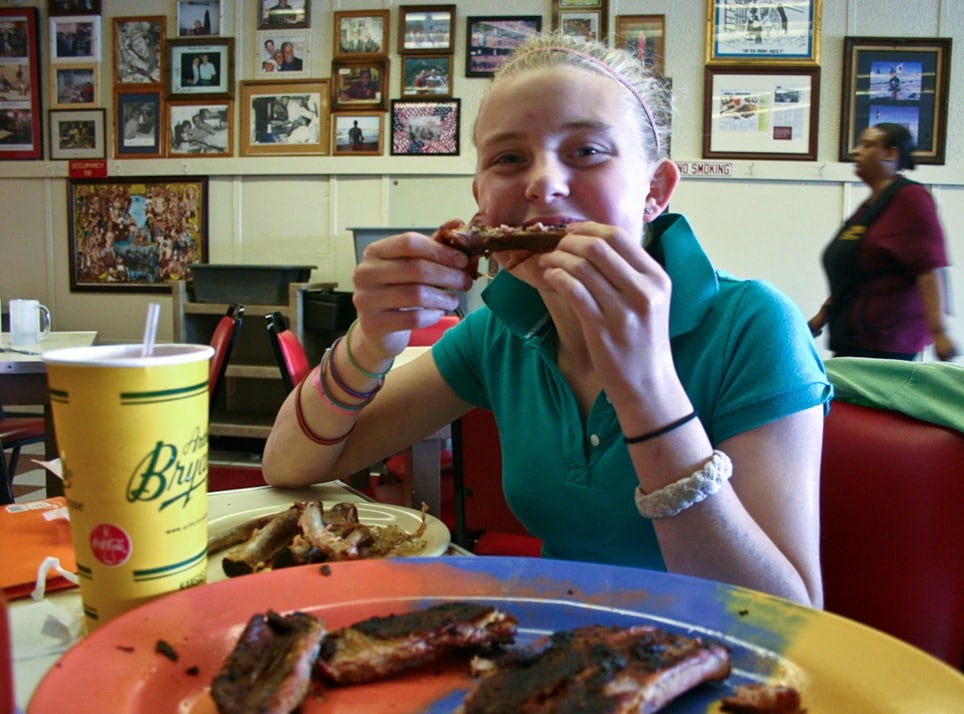 I was intrigued when I read that 1,000 Places to Visit Before You Die lists Arthur Bryant’s Barbeque Restaurant in Kansas City, MO. BBQ that’s so good it makes the same list as world heritage sites and natural wonders like the Grand Canyon. Could it possibly be that good? It took only a small detour…