The New York City Downtown area and Financial District has been developing into a residential and tourism area over the past several years. I recently stayed at the Andaz Wall Street, and highly recommend it for everyone – families, singles, couples, you name it. With the new 9/11 Memorial Museum, as well as the re-birth of the World Trade Center, the area is hopping, and has seen several new hotels being built. Andaz is a new Hyatt brand, but it’s nothing like the more stodgy offerings of the traditional Hyatt line. The spaces at Andaz Wall Street are gorgeous, modern and clean, highly functional and aesthetically pleasing. It’s hip, yet still down-to-earth and friendly.

Not Your Typical NYC Hotel Room

The first thing that really sets the Andaz Wall Street apart from most New York City hotels is the size of the rooms. My regular king room, just the base offering, had a whopping 350 square feet of floor space. With the 11 foot ceilings, and the giant 7 foot high window, claustrophobia was not an issue. The bathroom is huge too, with a big walk-in shower, large vanity area with a wall of mirrors, and all done in beautiful black honed stone. The bed was luxurious, firm but totally comfortable – I slept like I was in a coma, and it was GREAT. It looks kind of small in the picture due to the large scale of the room – that’s a real king-size bed though!

Along with free wi-fi, each room at the Andaz Wall Street has a stocked minibar and some light snacks. The non-alcoholic beverages – higher end brands like Saratoga Water and Honest Tea, along with regular ones like Coke, Canada Dry, and Tropicana – are all free of charge. The snacks are also free, and did not disappoint. Kettle chips, a gluten-free, soy-free, corn-syrup-free granola bar and an excellent quality chocolate bar were waiting for me after my wild first day at the BlogHer 2012 convention. It was so nice to be able to just plop down my bags, and tuck in to a refreshing spritzer and chocolate rejuvenation snack!

Andaz Wall Street, as all Andaz locations do, also has free 24-hour non-alcoholic beverages and coffees available in the studio lounge off the lobby. This is just so nice. You check in and you aren’t bombarded with nickel-and-dime charges for every little thing. It makes the whole stay so much more relaxing. I was traveling alone, but if you were traveling with kids this would be a major plus. I’ve been railroaded into paying big bucks for a can of soda in a hotel gift shop more times than I am happy to admit.

Another bonus is that there is a 24 hour Duane Reade store across the street – in case there’s anything you might need that the Andaz doesn’t have onsite.

Hyatt’s Andaz line is also pet friendly. And it’s not just a buzzword, they really mean it – there’s no weight or size limit! As the proud owner of beautiful Rottweilers, I am so impressed and happy to find this as an option. I am planning a special trip with my favorite canine guy Mo, who happens to be about 110lbs of pure James-Bond-as-a-dog cool, I think he’ll love it. The floors in the rooms are a hardwood or laminate not wall-to-wall carpet, so no worries that other people’s pets may have had accidents that have, um, left their mark to tempt your own perfectly house-trained companions.

While the Financial District and Downtown NYC itself are becoming more of a sightseeing draw, you’ll still want to head up to midtown and uptown for shows, museums and other cultural events. The easiest and cheapest way to get around is via subway, and the Wall Street stop for the numbers 2 and 3 trains is about one block away. This line connects to just about every other place you could want to get to, either directly or via free transfers at larger stations such as Fulton Street or Times Square.

When my sisters told me that they were coming to visit so that their children could see snow, I was so excited. Although we see each other from time to time on our travels, this was their first visit to the Capital Region in five years. And it was the first visit for the youngest…

100,000 twinkling white lights covered the hilltop property, turning the frozen exterior into a magical winter wonderland. Mirror Lake Inn in Lake Placid, New York was just as I remembered – gracious, gorgeous, and serene. When last I visited the award-winning resort and spa, spring flowers graced Adirondack gardens as my husband and I celebrated our…

Just like the manatees leaving the cold St. John’s River, our family sought out the warmth of Blue Spring State Park. Walking on boardwalks along the clear waters, we saw herons, snapping turtles, humongous fish, and manatee families, including the sweetest “little” baby manatee clinging to its mother. It’s a pleasant spot, easily accessible, that… 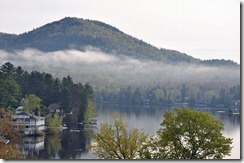 Do you have a special place that you return to again, and again? For my family, that special place is Lake Placid, NY, a picturesque resort town nestled in the heart of the Adirondack Mountains. We return at least once a year, and often more than that, to experience all that this magical setting has…