Like many Capital Region residents, our family makes an annual pilgrimage to Florida. Sometimes we fly in, but more often we drive to avoid the expense of multiple airline tickets and car rental. Even without the cost savings, I prefer to drive from Albany to Florida just to see what we can see along the way.

This time, I had a half-baked idea that I wanted to do a couple of hikes along the Appalachian Trail, and I didn’t want to drive more than 7 hours per day.  I met one of those goals.

By our standards, we got an early start on the road, heading out just before noon. We didn’t get very far before the Frappuccinos kicked in and my eldest began begging for a restroom stop.  That was fortuitous because it led us to Franklin Lakes Pizza & Restaurant, where we found a spotless bathroom and a delicious meal. While the kids ordered plain pizza, I was torn between many unusual topping options before selecting the Salad Pizza (Baby Field Greens and Fresh Mozzarella on a whole wheat crust.) Yum!

In less than seven hours, we arrived at Harper’s Ferry, home of the Appalachian Trail headquarters.  However, since we started out late, we didn’t arrive until after the Appalachian Trail Conservancy Visitor Center closed. No matter.  The lovely, historic town was as good a place as any for an overnight visit.

We found a vacancy at The Town’s Inn, a pre-Civil War stone residence (circa 1840), where the kids and I shared the honeymoon suite. The historic setting and romantic atmosphere was wasted on them as they claimed that the hotel was creepy.  It was probably a good thing that we chose to skip the Ghost Tour in favor of dinner!

Selecting a restaurant was simple since it was a matter of  choosing between the two or three places still open at 7:30 PM on a Friday night.  We chose Private Quinn’s Pub for its terrace and view of the train station and surrounding hills, and I was pleasantly surprised to discover gourmet entrees listed among the pub fare. We were lucky.  After we received our order, other would-be diners filled the surrounding tables only to discover that the chef had left for the night.

The next day, I didn’t want to spend too much time in town as we had to get back on the road, so we skipped most of the museums and the historical reenactments.  There were many to choose from, from a tour with a Thomas Jefferson impersonator to Civil War battle simulations.  We peeked into a Lewis & Clark display, followed by a quick tour of the John Brown museum; and we stopped to listen to the Thomas Jefferson character as he sat by the Jefferson Rock explaining the origins of the town. Harper’s Ferry will merit another visit, with a more educational focus.

Sticking to my plan, I wanted to explore the Appalachian Trail Headquarters and perhaps do a little hiking. I didn’t have a map, and I didn’t ask how to get there because I saw a sign that I thought would point me in the right direction.  Well, the sign did put us on the trail itself and we hiked on it a bit before we ended up wandering the town, further and further from the headquarters which turned out to be located along the same street as our hotel.

I’m not sure what I expected to find at the AT headquarters. I guess I thought it would be bigger, with the most definitive library of books about the trail. Instead, the Visitors Center is located in a small white house where thru-hikers drop in to be photographed and added to the album log. There is a small display about the trail, and a gift shop that offers one small bookshelf of books about the trail. The best resource of the center is the friendly and knowledgeable staff who ably assist veteran and would-be hikers.

I don’t think I’ll ever be featured in this photo album, but who knows. Never is a long time. After our visit, we’re all set to tackle the Appalachian Trail as a series of day hikes (over the course of a lifetime), but that’s a story for another day. 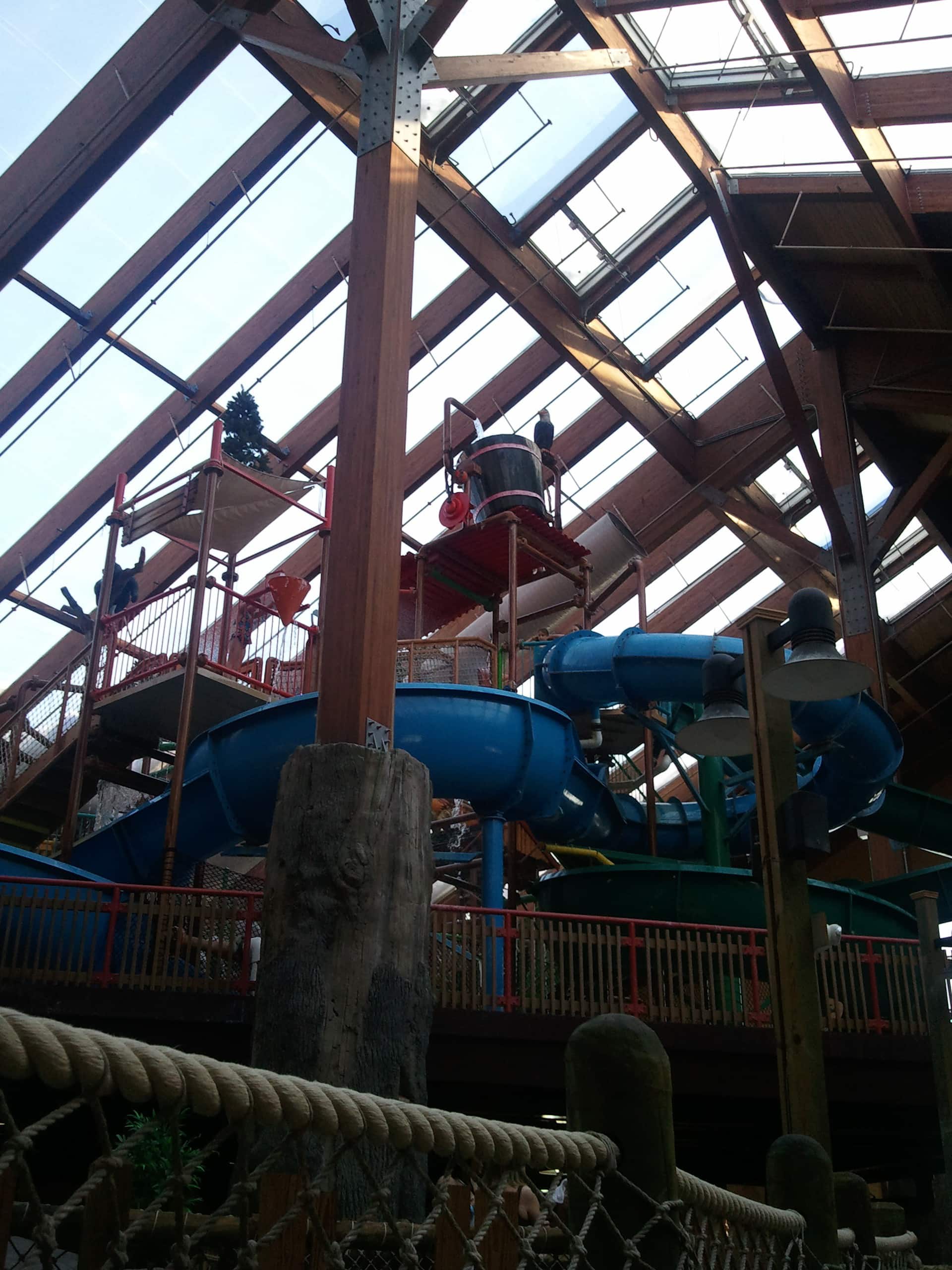 A Parisian vacation was not in the budget for our 17th wedding anniversary, but we were not disappointed. Just a five hour drive from Albany, NY, Quebec’s Mont Tremblant is well-known for its challenging ski runs and European-style village. Less well-known is that it’s an ideal destination for couples seeking the romance of French culture…

If you want to know what’s in New York City for teenagers, ask the Teen Concierge at Omni Bershire Place in Manhattan’s Upper East Side. I had a chance to interview Larissa Horn, the the Teen Concierge behind Omni Berkshire’s Teen Connect Program when she was gearing up for the busy summer months. Larissa is from…