We started our trip in the afternoon and made it as far as Pennsylvania; the children were happy and it was a peaceful first day.  We averaged about 350 miles per day stopping in the early evening to sleep and starting out in the early AM.  Things were pretty routine until we hit New Mexico.

Our van just stalled while driving on a highway with speed limit 80 miles per hour.  We coasted to the side and the van shook as tractor trailer raced past us.  It was getting late and after several calls we found someone who could tow us and offer a separate vehicle for transporting our family.  We had to back track 20 miles and spent the next couple days in a small, boarded up town called Milan.

We were blessed to be able to sleep in our camper in the mechanics yard which was surrounded by fence and barbed wire. The children thought it was great fun.  I managed a 3 mile run next to a train carrying 100 cars.  The mountains are beautiful and I love the landscape in NM.  Yes, that was quite a couple days.  We really got to see the town and walked everywhere(obviously our van was broke) We enjoyed an authentic Mexican meal, the man at the Indian trade shop gave the kids each a souvenir necklace and finally our van was ready to go.

We arrived at the Grand Canyon the next day.  What an amazing view of God’s handiwork!  Breathtaking!

The day was perfect temperature wise and we walked a good deal around.  The altitude made breathing a little tough.  That evening we made it to California.  It took us almost 7 days.

Needles,CA has no gas stations.  We were very happy to find one after nearly running out!

We were so happy with our first visit of our friends the Reeses!  They had pizza waiting for us:) I was thankful they were home.  The children have been pen pals since their move to California several years ago. The next day we went to LEGOLAND andSea Life (a gift from my parents:)  This park was very interesting even for parents.  We all had a great time and the weather was nice.  We had to wear jackets because it was a little chilly.  We stopped at a beach to walk down the peer.  Silly me thought it would be warm enough to swim.  It was not.

The next morning we left to head to visit my family.  First stop was Aunt Catherine and Uncle Bob’s.  I loved how anything my kids looked at in their house became theirs.  I think we made off with most of her Easter decorations:) What a sweet couple they are. Keep in mind we just “dropped” in because we weren’t even sure we’d make it to anyone’s house.  Our visits were short and I wished we could have visited more but we did make it home on the day we hoped for.

We saw my cousin Mary and her business that she recently took ownership of.  I am sure all her ideas will just increase the relaxation of the salon.  Wish it were closer.:)  We sadly didn’t get to see cousin Jackie.  She was working.  I am glad I had just recently seen her in NY.  Next on to Rosemarie’s where I met her children for the first time.  The kids had sometime to play and get acquainted.  Her children were so sweet and I hope someday they may make it here.

The love for chocolate runs deep in our family.  Each family we visited gave the kids chocolate! From Oxnard we traveled north to Sacramento to see John’s great uncle. We enjoyed some oranges and strawberries from one of the groves along the way.

The mountains in California are so magnificent!!  If I wasn’t so terrified I might have enjoyed them more.  The roads were on the edge of them! We then began to head east.

So the thing I did not like about Nevada?  Casinos…everywhere.  In all the truck stops and gas stations.  Smoke filled casinos!!

So I have left out some things like where we slept most nights.  We did hit some KOAs but we also slept in truck stops between tractor trailers, and rest areas.  That is the beauty of having a camper.  We slept at a couple Walmart Stores that allowed it.  It was very hard for me not to shower everyday.  I did have to do laundry along the way and we mostly ate stuff I threw together.  We did eat out a handful of times.

We had a budget to stay on and had already had a very expensive repair on our van not to mention the tow and gas!  Was this trip for people who would whine about comfort?  Probably not!

Back to the travels…Utah, the Salt Lake flats were neat and the mountains had letters for the towns on them.  It is very booney though and not much life.  Colorado we found a snow storm.  We were unable to park and sleep it off.  They are very strict about it and there were no rest areas.  So we were forced to pay for a ski resort room.  In Vail.  Two story suite. The kids were so excited about it.

The snow cleared by the next morning and I began to be a little nervous we would not make it home and we had one more stop.  The Creation Museum in Kentucky.  So we were in Kansas finally….what to say about that state??  Not much. Levi has had a croupy cough for a couple days and it is finally getting better.  Which means we will all sleep better.

We slept in Missouri the day AFTER the tornados.  The damage was tough to drive past and it was the first time I had seen first hand the aftermath of them.  Homes just looked like sticks in a pile. We had to keep redirecting our route to bypass flooded roads.  St Louis was really flooded.

We saw the Arch.  Maddy wanted to go up in it.  No one else wanted to so I guess she’ll have to go another time.  So I am thinking the van breakdown…maybe the snow storm detained us enough to miss actually being there at the time of the tornados.  Sleeping in our camper unprotected.  We really saw that God worked what looked bad at the time into something good for our family.

We did have a few nights of storms probably trickle effect of the tornados south of us.  Drove through a hail storm with hail the size of golf balls.  We were told where the storm shelters were and what to do as we checked into a camp ground in Indiana.  That was nerve wracking.  We did not listen to the news and had no TV and were kind of just learning things from people and what we saw along our way.

We made it to the Creation Museum and were blessed with tickets from a new friend on Facebook, Boni Lester.  I highly recommend that museum.  It was top of the line.  Beautiful and really tied together our trip!

Two hours from home the leaf spring on the camper broke and McGyver(John) strapped it up with bungee cords just to get us home.  So we are home!!  We had fun!  We had problems.  It will be the memories after that will live with us.

It is all worth it to hear Maddy say,”I think we grew closer during that trip because we just had each other.”

Tamica Blowers Kenyon was born and raised in the Capital District, and she enjoys seeking out the many free activities offered in this area for families.  Tamica loves to run and recently completed a half and full marathon. Her family enjoys biking on the many local bike paths.

Table of Contents In the heart of downtown Lake Placid lies the Olympic Center, home to three indoor skating rinks, the outdoor speed skating oval, and the only Olympic Museum in the United States. But to anyone who watched the 1980 Winter Olympics, it’s the place where Miracles happen.Miracles Happen HereMore Ice……More Fun!Go See It!Also… 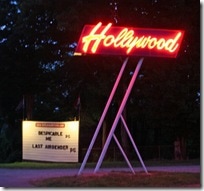 Memorial Day Weekend Traveling Thanks for checking out Albany Kid. Please take a look at the rest of our videos and articles.   To stay in the loop, bookmark our homepage. 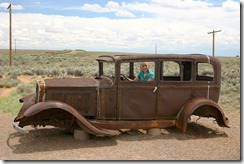 Mice jumping from the car? I thought the mechanic was putting me on, but this was no joke. The first time he found mice in our car, it was on a routine check up. The next time, we were wondering why the car reeked of dog food, until we discovered that mice were stashing their…