It wasn’t that long ago that you could get a full lobster dinner in Long Island for just $4.95. But in recent years, lobster harvests have waxed and waned, and inflation has hit us all.

Now, a lobster dinner at The Steam Room in Port Jefferson, NY is the still-affordable $21.95, a bargain when you consider that it includes a fresh-as-it-gets one and quarter pound lobster, corn-on-the-cob, baked potato, coleslaw, and a cup of clam chowder. We paired it with a bottle of the surprisingly-good-for-$17.95 California Champagne, and reveled in a delicious family outing that ended as pleasantly as it began.

Getting There Is Half the Fun

We usually drive to Port Jefferson on the north shore of Long Island about once a year to visit dear friends who joined the Stony Brook University community about the same time that we settled in Albany. Up until this weekend, we drove both ways, taking the I-87 to the I-495 most of the way. If the traffic gods favor us, the drive is nearly four hours each way.

This time, fearing possible 9/11 traffic, we splurged on the ferry crossing from Port Jefferson to Bridgeport, CT, and I can tell you that it was worth the money (approx. $70 for 2 adults & 2 kids) not just to reduce the driving time by half, but for the experience itself.

Located directly across the street from The Steam Room, the ferry crossing is run by the Bridgeport & Port Jefferson Steamboat Company, a regional institution, that has been serving the the Long Island and Southern Connecticut communities for over 128 years.

And it’s easy to see that they are accustomed to catering to the demands of a discerning clientele. Even though the boat packed in an astonishing number of cars on multiple levels, it was done quickly and efficiently. The various deck levels were very clean and comfortable, while the cozy bar was well-stocked and inviting. Most surprising was how quiet it was on deck, barely any sound from the engines while the travelers spoke in the gentle tones that one expects in an art museum.

The one and a quarter hour ride went by quickly, depositing us in Bridgeport, CT where we still faced a 2.5 hour drive home. But much of that ride was scenic, and we were well fed and well rested, so it didn’t feel long at all.

Considering how sleepy we are after a beach day, particularly when it is combined with champagne and lobster, we will certainly plan to repeat this ferry route on future visits to Long Island.

For menus and specials, such as 2-for-1 Lobster Thursdays, visit The Steam Room at www.steamroomportjefferson.com.

Rates, schedules, and frequently asked questions about the Bridgeport & Port Jefferson Steamboat can be found on www.steamroomportjefferson.com.

You could say that our family adventure to The Rock and Roll Hall of Fame in Cleveland, Ohio was a little bit hip hop and a little bit rock and roll. Back in the summer of ‘09, my kids and I headed out on a two-month-long Read Across America Road Trip. Many happy miles flew… 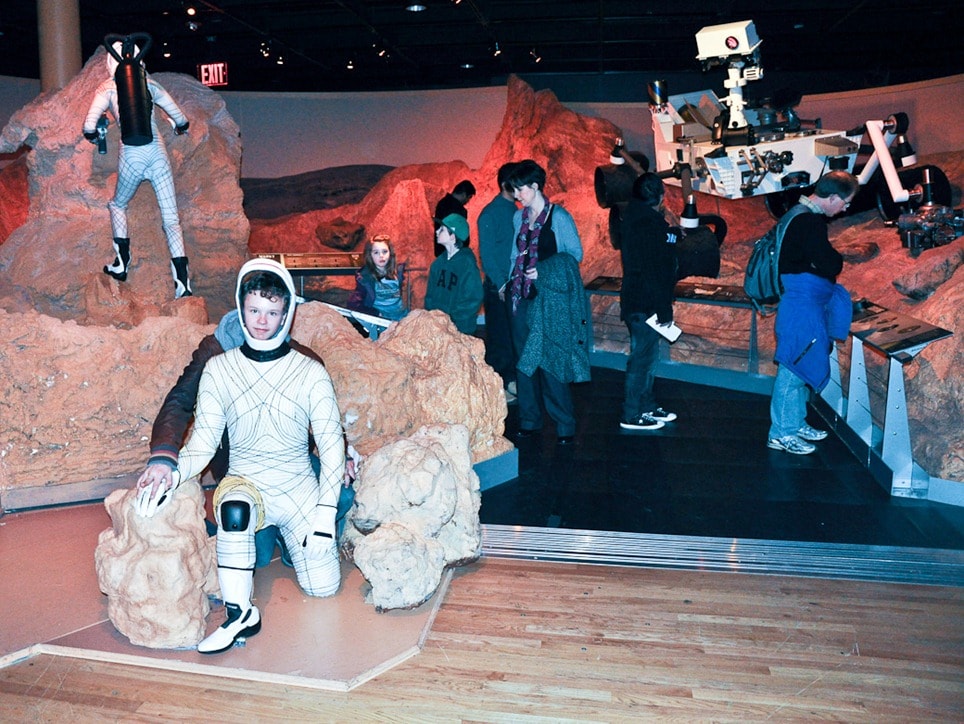 In ten years of living in New York City, I never once set foot inside the American Museum of Natural History. I see the error of my ways now, but back then, art museums and Central Park held more interest than scientific displays. Fast forward to my parenting days, and not a year goes by…